You need to familiarize yourself with these medical terms so you can understand and manage your UTI and its symptoms better.

Let’s admit it—talking to medical practitioners about various health conditions can be intimidating. Often, it’s because we don’t have the right background to understand the key terminologies they might casually mention during a consultation. Even if they’re explaining an extremely common health problem such as urinary tract infections (UTIs), patients can still get lost in a sea of medical jargon.

Here are six terms you need to understand if you suspect that you may have a UTI.

This is one of the most common UTI symptoms you should watch out for, though it’s likely also one of the earliest signs you’d detect. Simply put, dysuria is the medical term for painful or uncomfortable urination. In most cases, it’s caused by bacterial infections in the lower urinary tract or cystitis.

If you’re having frequent urges to urinate, you may be experiencing polyuria. Another symptom of UTI, it’s the medical term for frequent or excessive urination. A person with this symptom might expel more than 2.5 liters of urine per day compared with the normal volume of 2 liters among healthy individuals. Although kidney stones are often the primary underlying cause of polyuria, it may also be exacerbated by other conditions like diabetes. Some people also find that they may pee more often during the night, an occurrence known as nocturnal polyuria or simply nocturia.

If your polyuria isn’t linked to any other disease or infection, it may be treated at home. However, be wary of consuming substances that can worsen this symptom. Avoid caffeine, alcohol, and diuretics (medication that can increase your urine volume).

Considered the most common type of UTI affecting mostly women, cystitis refers to the inflammation of the bladder. This means it’s a form of lower UTI. Its symptoms include dysuria, polyuria, a dark and cloudy urine, pain in the lower abdomen, and feelings of fatigue. In most cases, however, you shouldn’t worry about having cystitis, as it’s generally easy to treat. In fact, it may go away on its own in a few days to a week with the aid of UTI home remedies , such as water and cranberry juice.

If you don’t manage it effectively, however, or if it refuses to improve, it can escalate into a kidney infection. Cystitis may also keep coming back, which would require a patient to seek long-term treatment solutions. Some lifestyle habits that may cause cystitis are wiping your privates from back to front (instead of front to back), having sex , and tampon use. To avoid cystitis, make it a point to drink plenty of water everyday and keep your genital area clean and dry.

Usually, UTIs affect only the bladder and the urethra. Pyelonephritis, however, affects the upper urinary tract—the kidneys and the ureters. Often, however, it starts out as cystitis, an infection that may reach the kidneys if not properly treated. This makes pyelonephritis a much more serious condition that requires immediate medical attention, as it can spread to the blood and cause septicemia or blood poisoning.

The symptoms of pyelonephritis aren’t that different from those of cystitis. Some, however, are unique to this condition. This includes back pain, fever or chills, a feeling of being sick, nausea, and confusion (especially among elderly patients). Those with this condition may also notice blood in the urine (hematuria), dysuria, polyuria, and a cloudy and foul-smelling urine.

If you’re suffering from other conditions that may be impairing your immune system, you’re more likely to get pyelonephritis. But fortunately, common antibiotics for UTI almost always does the trick. It’s also important to supply your body with the right amount of vitamin C so you can fight infection-causing agents in the urinary tract. 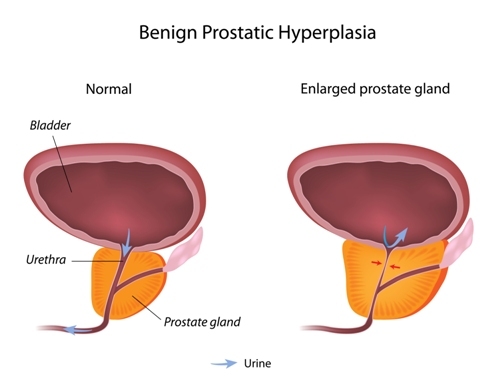 Benign prostatic hyperplasia, also called benign prostatic hypertrophy or BPH, is a condition affecting men. It refers to an enlarged prostate gland, which can obstruct or squeeze the urethra. This then causes bacteria buildup in the urinary tract and leads to difficulties in urinating. In fact, in some instances, the urethra or the bladder may be completely blocked. In these cases, consulting a medical practitioner is recommended.

The bad news is, BPH may affect all men as they age. But often, it’s fairly manageable. It’s mostly considered a nuisance than a serious health problem. Some of the signs include feeling an urge to urinate often, a weak urine stream, and a sense that the bladder isn’t completely empty after urinating.

For mild UTI cases, a short-term antibiotics treatment often work. However, for a UTI that keeps coming back, your health provider may administer a prophylaxis or a long-term treatment with antibiotics. Often, these drugs may be prescribed not just to cure an existing infection but also to prevent future ones. This treatment is also advisable for patients with a weak immune system, such as those caused by delicate conditions like cancer or diabetes.

How Should Women Manage a Case of Uncomplicated UTI? May 22, 2017