In this article, we are going to answer what most people ask when it comes questions about sex and urinary tract infections.

Urinary tract infections are increasingly common, affecting millions of people around the world. Chances are, you have already suffered through its troubling symptoms. Some of these are abdominal pains, frequent and painful urination, and a combination of fever, nausea, and chills.

As though this long list of UTI symptoms is still not enough, it is also unfortunate that UTIs are associated with sexual activities.

Here are five questions a lot of people ask when it comes to sex and UTIs.

1. Can I get UTIs from having sex?

Having sex does not cause UTIs. However, the increased activity in the genital area during intercourse or foreplay can predispose you to some forms of this infection. During sex,infection-causing bacteria such as Escherichia coli may be introduced to the genitalia. This is especially true for women, whose anatomical structure makes them susceptible to this condition. Because the vagina is close to the anus—where E. coli may come from—women may easily catch an infection. Plus, they also have shorter urethras than men, making it easier for bacteria to travel up the bladder and kidneys. As a matter of fact, nearly 80% of UTI cases among women occur within 24 hours after sexual activity. This is why it is also dubbed as “honeymoon cystitis,” a term used to refer to UTIs contracted after the first time a woman has had sex or engaged in sex again after a long period of abstinence.

2. Is it possible to transmit UTIs through sex?

UTI is not a sexually transmitted disease. But although it isnot contagious, you increase the risk of having this condition if your partner’s UTI is caused by bacteria associated with sexually transmitted infections such as chlamydia and trichomoniasis. Therefore, make sure to discuss such matters thoroughly with your partner to avoid exposing yourself to infection risks.

3. Should I wait for my UTI symptoms to disappear before having sex again?

Because UTI often causes abdominal pain and urinary-related discomforts, both men and women may find it difficult to engage in sexual activities when they have a UTI. Sexual activities may also irritate the tissues in the genital area and thus worsen your condition. It is safer to wait until the symptoms subside (or when you are done with your full UTI medicationor antibiotics) before having sex again. To be sure, you may also ask your doctor when it is safe for you to be sexually active again.

4. Are there sex-related habits that can cause UTIs?

Although no formal study has been conducted about this yet, certain sexual positions, such as the “woman on top” may potentially make females more susceptible to UTIs. Thus, you may want to choose positions that generate less friction to avoid further irritations.

Frequent sexual activity, having a new partner, and engaging in sex after abstaining from it for a long time can also increase the risk of having UTIs.

5. How can avoid getting a UTI if I am sexually active?

Although women are more susceptible to UTIs than men, both sexes must observe proper prevention measures. To avoid introducing any bacteria to the genitals, clean your genital area before and after sex. Men should also wear a condom at all times to avoid the spread of bacteria. 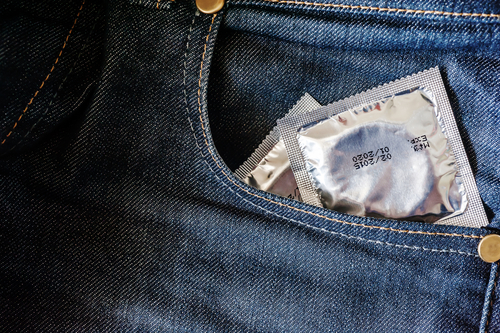 On the other hand, women must stay away fromcertain types of birth control methods, such as spermicides and diaphragms. Some spermicidal gels, which are applied to the genital area after intercourse, may kill the good bacteria in the vagina. This leaves women’s private areas unprotected from infection-causing agents. They may also contain a chemical called nonoxynol-9, which is associated with increased UTI risk. Additionally, when diaphragms are used, they may bruise the areas near the bladder, making it more prone to infections.

Other prevention tips you must take note of are as follows:

• Urinate immediately after sex to get rid of any bacteria that may have entered the urethra.
• Drink plenty of fluids every day.
• Make sure to eat plenty of foods rich in vitamin C to boost your immune system.

What Women Should Know About Cystitis Apr 29, 2017